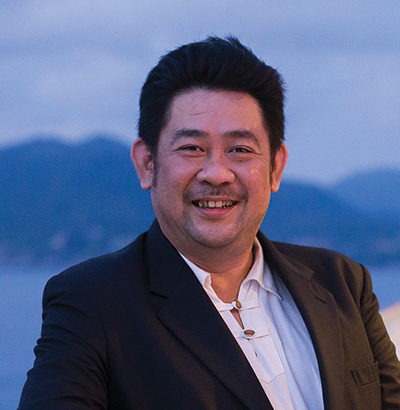 Kenny Cheong, the Managing Director of Hwajing Travel and Tours, plays a significant role in driving the company and he has been very influential in the industry with more than 30 years of experience.

In 2001, He decided to start his entrepreneurship where he acquired Hwajing Travel & Tours and carried out a thorough overhaul and restructuring process.

Hwajing has been one of the key market players for cruise tours in the ASEAN region since 2011. The company achieved several outstanding achievements as the first travel agency to charter a cruise ship in Southeast Asia, and to bring about the world’s first Pelayaran Islamik (Islamic Cruise Tour), while continuously receiving overwhelming response from industry players and the public.

Pelayaran Islamik brings the combined values of leisure, charity, Halalan Toyyiban and Islamic Teaching together in a Muslim-friendly package. Pelayaran Islamik has since successfully organised Islamic cruises up till its current 38.0 series, with more than RM2 million in donations contributed by various charity organisations.

Kenny has also been diligently promoting the country’s cruise offerings by organising media familiarisation trips, hosting magazine photoshoots on cruises and other innovative forms of media marketing. His continuous efforts in promoting the cruise industry have spurred Hwajing Travel & Tours onwards to becoming one of the leading cruise agents in Malaysian Cruise Industry.